We were thrilled to improve our score again this year. Competing at this level and gaining on last year’s marks makes the graft absolutely worth it. No-one ever said it was going to be easy!

As tradition dictates, we took two more bespoke arrangements by the wonderful Dr Liz Garnett to the stage and we were delighted to receive so many compliments on the beauty of them, especially City of Stars from La La Land.

Singing by the seaside is always a pleasure and it’s safe to say that even if it was a tad blowy and the local gulls participated in some hotel room raiding for sandwiches(!), Llandudno was lovely. 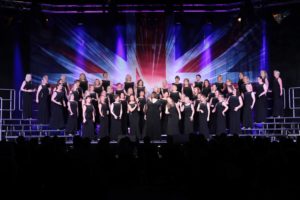 On a not so sunny June afternoon Fascinating Rhythm and Junior FR joined the Yate Rocks Festival Great Choir Showcase.

This annual music festival is organised by Yate Town Council and this year we were asked to perform alongside other local choirs.

Junior FR as always sang beautifully and entertained the crowd with a rousing version of Mr Blue Sky which cheered up the slightly ‘rained on’ audience as they enjoyed their picnics. 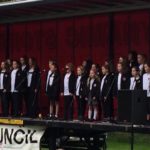 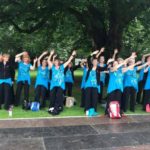 FR ‘rocking’ to the Juniors

FR opened the adults choir section after causing some confusion for the sound guy – he was expecting us to have a backing track! We jumped onto the back of a lorry (a new experience for a lot of us) and sang some of our favourites including the fabulous arrangement of ‘This is Me’ 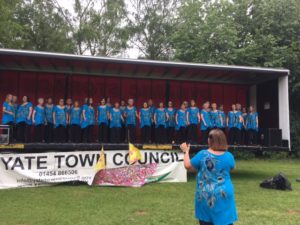 We could then sit back and enjoy the other choirs who were performing including Choir Jam from Keynsham, Bromley Heath Community Choir and the huge Rock Choir – a fantastic afternoon’s entertainment. 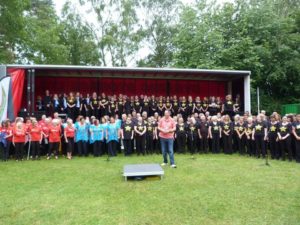 The collective of Choirs at the end of the day

All too soon came the finale, all the choirs joined together to sing ‘Hallelujah’ by Leonard Cohen, a fabulous end to a great afternoon.

We enjoyed ourselves hugely and would love to do it again in the future. 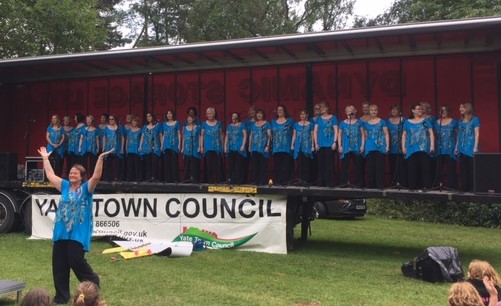 Many apologies for the lack of our reporting on the LABBS Convention 2018…. time has flown by since our return so here is a snap shot of the weekend back in October.

The majority of members travelled to Harrogate by coach early on Friday morning and we enjoyed supporting the quartet competition on arrival, with special mention to go to ‘Avalon’ who performed so well in the semi-finals and made it through to the finals. Karen, who sings baritone with Fascinating Rhythm also sings baritone in Avalon so we were particularly keen to support them.

We had been drawn to sing first in the competition on Saturday, which meant a very early start for us to get warmed up and prepared for our 11am performance on stage. This did mean that a lot of us had retired early to bed even before the quartet competition results had been announced! Many watched the live stream from our beds…. but it was worth it to hear that Avalon won GOLD, we were so proud and excited for them – Congratulations Avalon!

Saturday came and went in a flash…. those 6 minutes on stage go so fast, but we were delighted that so many were able to support us in the audience. Again we brought 2 new bespoke arrangements to stage, thank you to Dr Liz Garnett for another amazing job with 2 songs that we all loved performing. We left the stage with a great feeling and so many lovely comments from the public who had seen us. We are so pleased to still be ranked 5th in the country – it really is testament to our hard work to stay there amongst the other best choruses in the land.

Then we move on to our afterglow party (what happens at convention, stays at convention!)…. suffice to say we had some hilarious party pieces and always witness hidden talent amongst our members.

Here are a few pictures from our time on stage…. we really did have a blast! 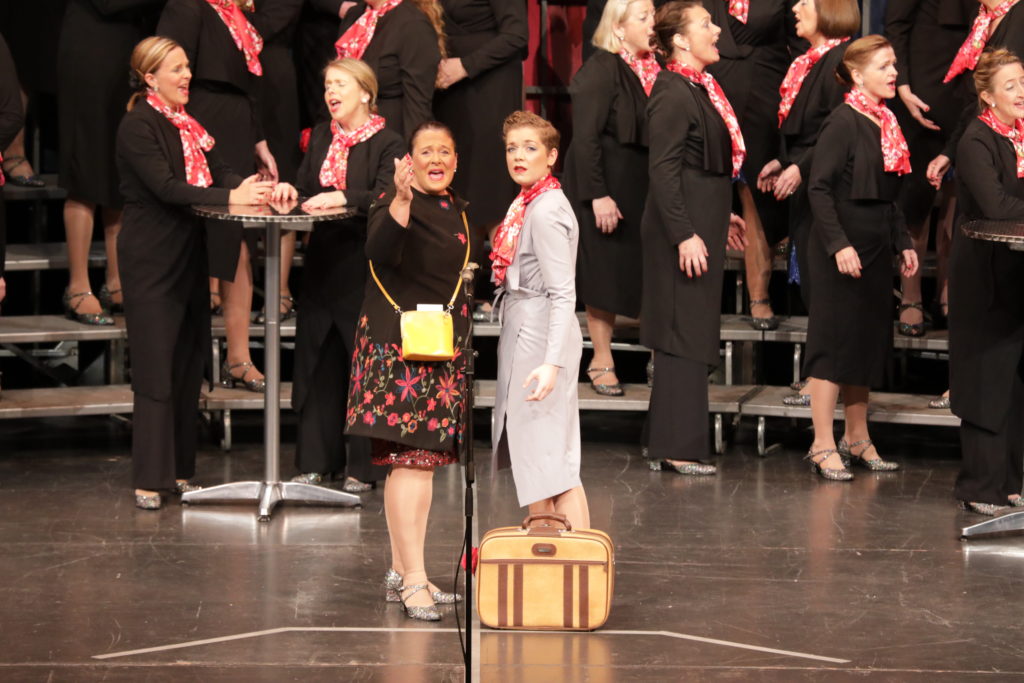 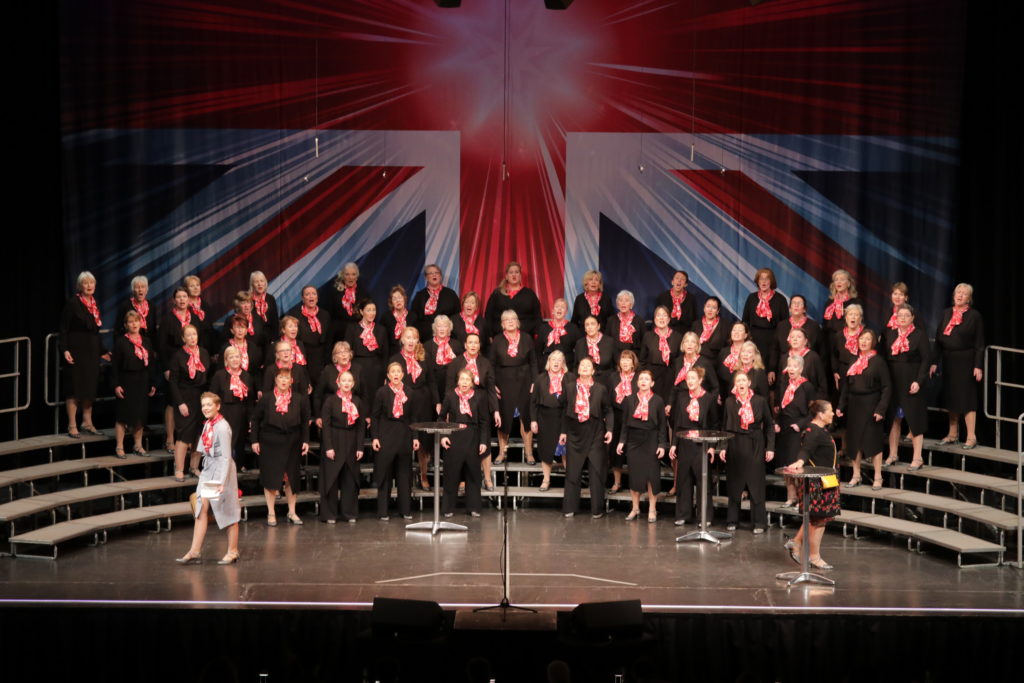 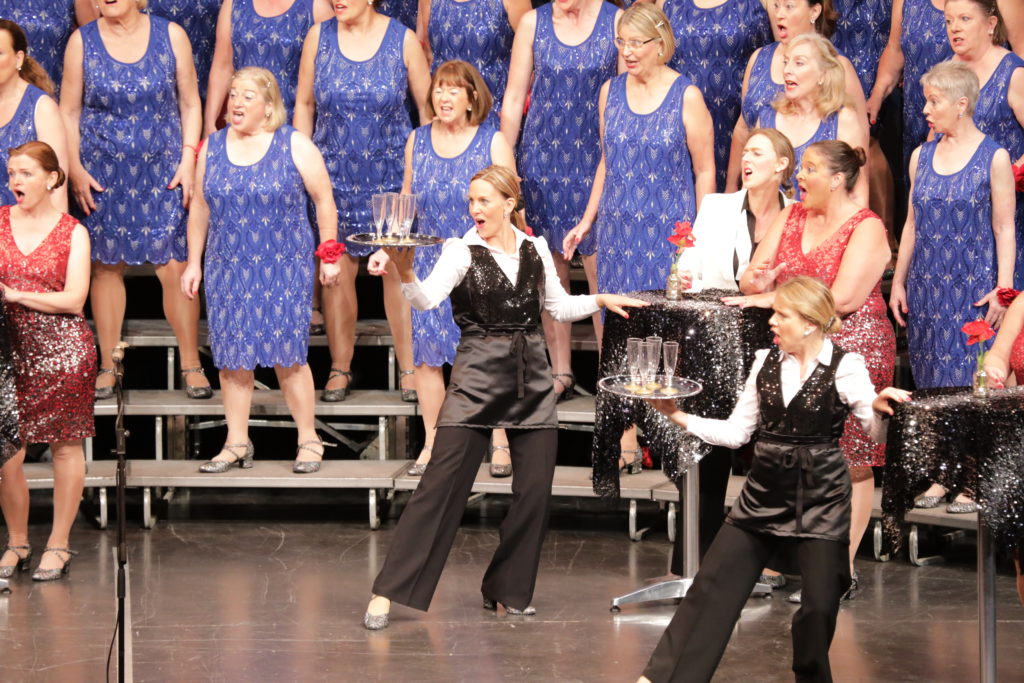 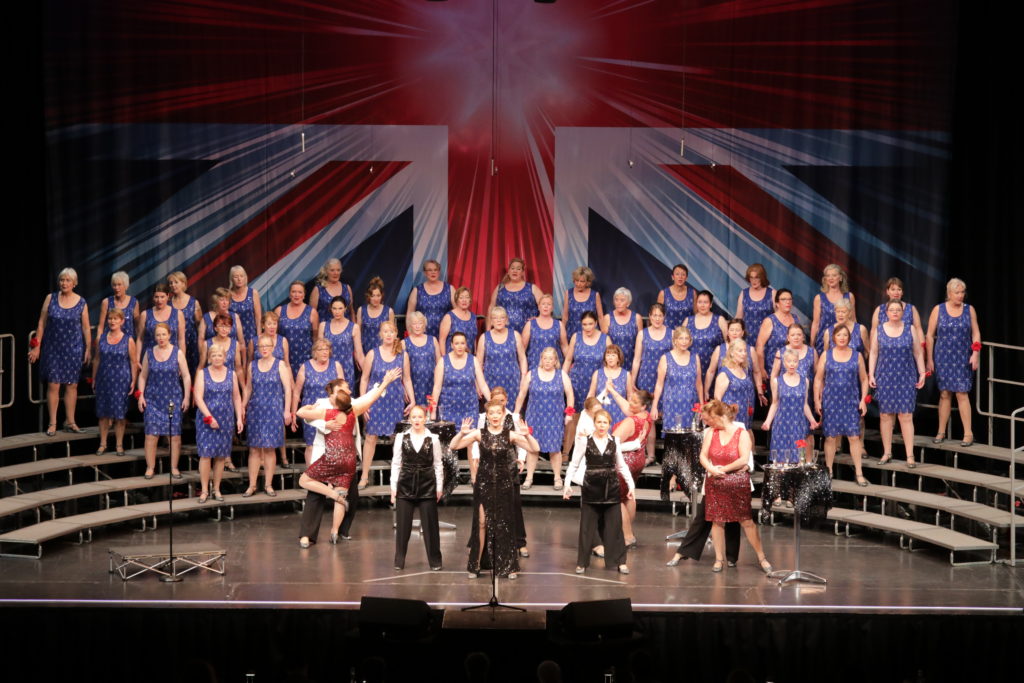 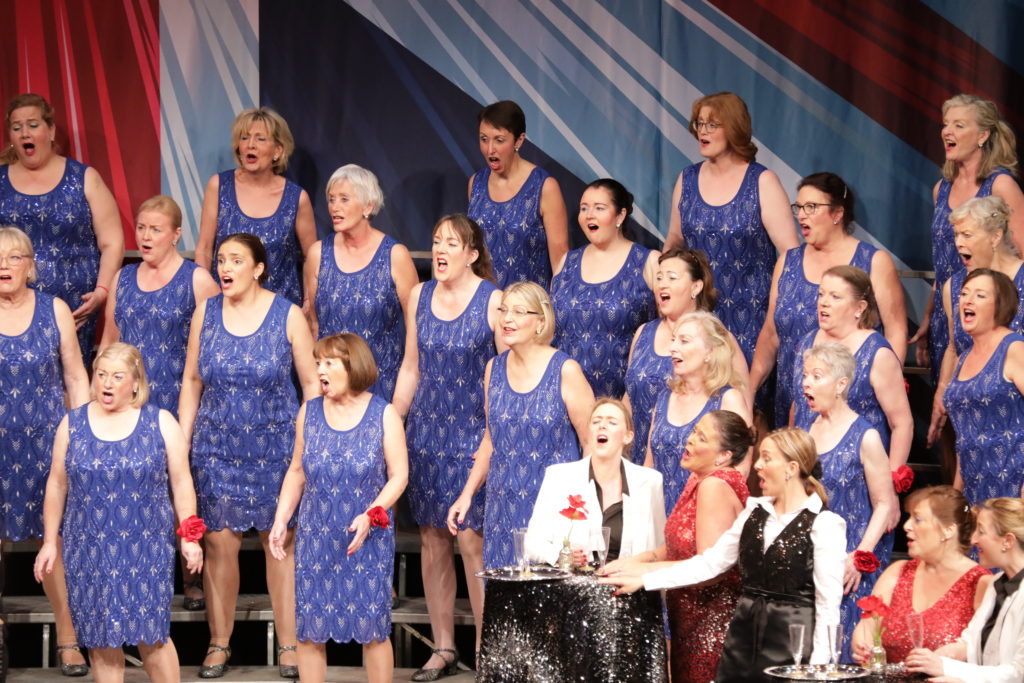 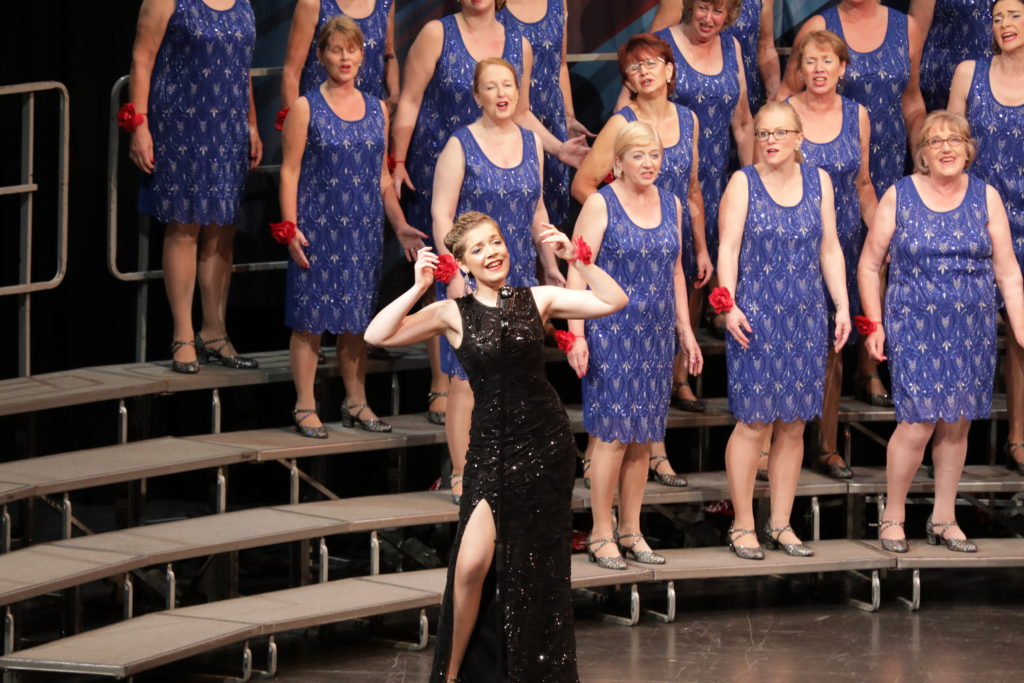 We were absolutely delighted to have a full house at our dress rehearsal on 14th October.

The audience were full of enthusiasm for our Convention Package which we performed twice and sang a few of our repertoire songs for their entertainment.

We had great feedback and now we cant wait to get on stage in Harrogate!

We wish all other competitors the best of luck and of course will let you know how we get on.

On Saturday 2nd December we welcomed almost 200 people over 2 performances of ‘The Christmas Memory Tree’ which featured our very own Junior FR, it was a heart-warming story of family time at Christmas, full of love, sparkle and happiness. Fascinating Rhythm were sprinkled in amongst scenes to add a musical feel to the production.

St Mary’s Church in Yate looked rather festive and beautiful. We were able to provide our guests with mince pies during the interval and with our raffle we raised a good amount of almost £300 for our charity ‘Winston’s Wish’ to help with funding for their helpline and providing face to face for grieving families.

Thank you everyone, we hope you enjoyed our Christmas Memory Tree story

Here are a few pictures of the performance …. it does show what fun we had! 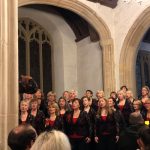 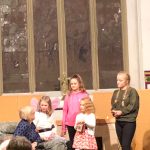 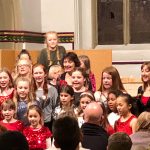 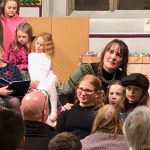 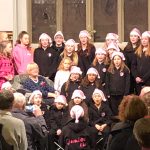 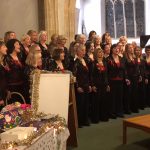 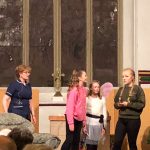